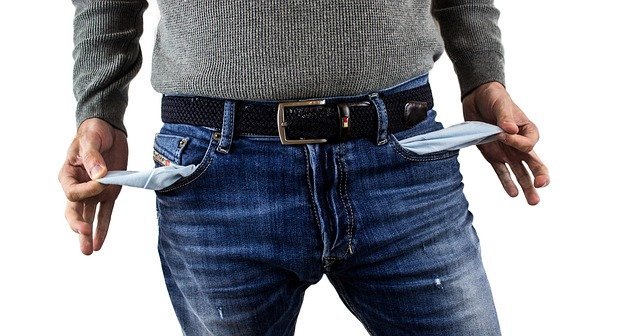 When Sharon Reidy started the Inglewood Coffee Shop and Tea Garden more than 10 years ago, she knew she wasn’t eligible for flood coverage from her insurer.

Last week, when floodwaters ripped through the border town, her business was one of many that were severely affected. She now has to face an estimated damage bill of $25,000.

“Flood came through 18 inches up the wall, so anything that had motors in the bottom were gone,” Mrs Reidy said.

The cafe had seven fridges and two freezers that were all ruined by water.

“I just laid new lino last week and it all had to be ripped up. The walls are bowed, so they have got to be replaced. We lost everything.”

Her deep fryer was one of the few appliances not damaged.

Damage that remains after the flood waters settled.(Supplied)

Mrs Reidy said that, when she opened the shop, she was told by her insurer that she wasn’t eligible for flood coverage as part of her policy because she was in a flood-prone area.

“That was in February 11 years ago. They had just had a flood, but it didn’t come into the town, but they said it was a red spot and they didn’t cover for flood,” she said.

“I thought, ‘No one is covered, so we are all in the same boat.”

Space to play or pause, M to mute, left and right arrows to seek, up and down arrows for volume.Floodwaters after heavy rainfall over the Queensland town of Inglewood

Mrs Reidy said she hoped emergency funding would be released by the government to help cover damage to businesses that were not insured for flood damage.