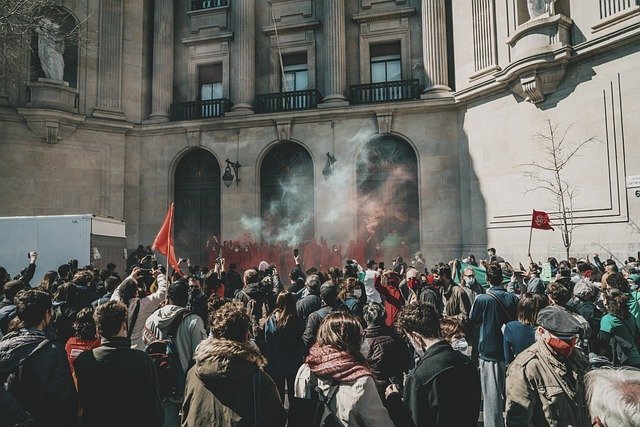 Often, the fee also includes a very short-term tent rental in the windy dunes of northern France and food cooked over fires that sputter in the rain that falls for more than half the month of November in the Calais region. Sometimes, but not always, it includes a life vest and fuel for the outboard motor.

And the people who collect the money – up to 300,000 euros ($338,115) per boat that makes it across the narrows of the Channel – are not the ones arrested in the periodic raids along the coastline. They are just what French police call “the little hands.”

Now, French authorities are hoping to move up the chain of command. The French judicial investigation into Wednesday’s sinking that killed 27 people has been turned over to Paris-based prosecutors who specialize in organized crime.

To cross the 33-kilometer (20-mile) narrow point of the Channel, the rubber dinghies must navigate frigid waters and passing cargo ships. As of Nov. 17, 23,000 people had crossed successfully, according to Britain’s Home Office. France intercepted about 19,000 people.

At a minimum, then, smuggling organizations this year have netted 69 million euros ($77.7 million) for the crossing – that’s 2 million euros per kilometer.

“This has become so profitable for criminals that it’s going to take a phenomenal amount of effort to shift it,” the U.K. Home Office’s Dan O’Mahoney told Parliament on Nov. 17.

Between coronavirus and Brexit, “this is a golden age for the smugglers and organized crime because the countries are in disarray,” said Mimi Vu, an expert on Vietnamese migration who regularly spends time in the camps of northern France. “Think of it like a shipping and logistics company.”

The leg through central Europe can cost around 4,000 euros ($4,507), according to Austrian authorities who on Saturday announced the arrest of 15 people suspected of smuggling Syrian, Lebanese, and Egyptian migrants into the country in vanloads of 12 to 15 people. The suspects transported more than 700 people at a total cost of more than 2.5 million euros ($2.8 million), police said. In this network, the migrants were bound for Germany.

The men handling the last leg are essentially just making the final delivery. If arrested, they are replaceable, Ms. Vu said.

Frontex, the European border agency, echoed that in a 2021 risk report that describes the operational leaders as managers who “are able to orchestrate the criminal business …….