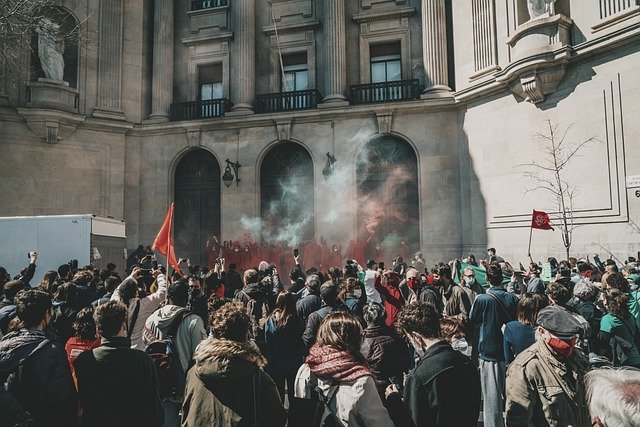 It’s a sleepy Sunday morning in Inglewood, save for the never-ending parade of planes zooming overhead on final approach to nearby Los Angeles International Airport. But as the afternoon nears, the early-hour hush gives way to the usual crush of out-of-town visitors rumbling in.

“Oh s—. It’s crazy as hell,” Yolanda Johnson says. She’s standing outside her house on Arbor Vitae Street in mid-December doing what a lot of residents here do: waving a handmade cardboard sign stamped with “PARKING” as football fans slowly inch past her driveway on their way to SoFi Stadium for today’s game between the Chargers and Giants. She won’t tell me how much she charges to let strangers leave their cars at her house, but other residents say the going rate for the regular season is somewhere south of $100—which is a bargain compared with the outrageous prices parking spots are going for ahead of the Super Bowl. (There are Inglewood residents who told me they think they can cram five cars into their backyard for the big game—at $1,000 per car—and they live roughly a mile and a half from SoFi.)

Making some money on the side is a small consolation, though. Sometimes, just to get out of their driveway, Johnson’s husband has to stand in the street and stop traffic so she can back the car out. And if she has to run errands or work on a Sunday, things get dicey. Her job is about 15 minutes from her house—on a normal day. A couple of weeks ago, she had to work on a Sunday and it took her an hour to get home. Later today, she’s going shopping. She plans to stop by her sister’s house in Chino Hills and just wait there for a few hours until the game is long over and the fans are long gone.

“It wasn’t as busy as this, at all,” Johnson says about what the neighborhood was like before SoFi opened. “We have The Forum over there, but it wasn’t as busy as it is now, especially on the weekends. It’s real hectic—traffic and all that. Loud. Loud, loud, loud. People coming and going.”