If you made a New Year’s resolution to bulk up your savings account in 2022, you’re not alone. In a recent Fidelity survey, 43% of people considering a financial resolution said that saving more money was one of their goals.

Americans’ savings have soared over the last couple of years. The personal savings rate — the percentage of disposable income that Americans save each month — peaked at a staggering 33.8% in April 2020 because so many of the things we were accustomed to spending money on, like restaurants, entertainment, shopping, and vacations, were unavailable during the early days of the pandemic.

As of November, that figure had fallen to 6.9%, its lowest level since December 2017. That’s because the landscape for savers is changing rapidly, and there’s a good chance that it will be even more difficult to save money in 2022.

Here are a few of the reasons why it may be harder to save this year.

Consumer prices in the United States are rising at record rates thanks to an enormous surge in demand for goods alongside an ongoing global supply chain crisis, and the situation has only been worsened by a persistent labor shortage. In November, prices were 6.8% higher than the same time the previous year, with inflation in some categories, like meat and gasoline, significantly higher than that.

The Federal Reserve is expected to pull back on its support for the economy in the coming months to help prices stabilize again (more on that later), but the process will be slow.

In the meantime, be prepared to pay more in 2022 for everyday essentials like groceries, gas, clothing and even household heating costs and junk food like Oreos and Sour Patch Kids. And if you have to make a major purchase, like buying a car or home, be prepared for particularly high prices.

Over the course of the last two years, Congress authorized three rounds of federal stimulus payments to help Americans weather the pandemic. Experts say the windfall from those payments — maxing out at $1,200, $600 and $1,400 per person — reduced debt loads, bolstered savings accounts and even helped lift families out of poverty.

As part of the American Rescue Plan in March (the same bill that authorized the third stimulus check), Congress authorized a major, though temporary, expansion of the Child Tax Credit (CTC) for 2021.

The expansion increased the maximum value of the credit from $2,000 to $3,600 per child and allowed eligible parents to receive half of their credit in six monthly installments. The last advance child tax credit ……. 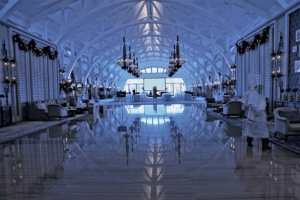